Imagine the power of knowing where freight rates will head in the future.

SONAR's predictive freight rate tool uses market data and artificial intelligence to forecast spot rates for today, next week, next month, next quarter, six months from now or next year. The predictive trucking rates widget calculates the mileage and shows a total with or without fuel surcharge.

The SONAR Predictive Rates forecasts trucking rates for the route between any two locations. Using FreightWaves’ scientific data sources, SONAR aggregates estimated future rates for your selected route up to a year in advance and even calculates the low, high and median prices.

Rates are forecasted up to a year by looking at the historical rates and future direction of the market, taking into consideration seasonal effects. 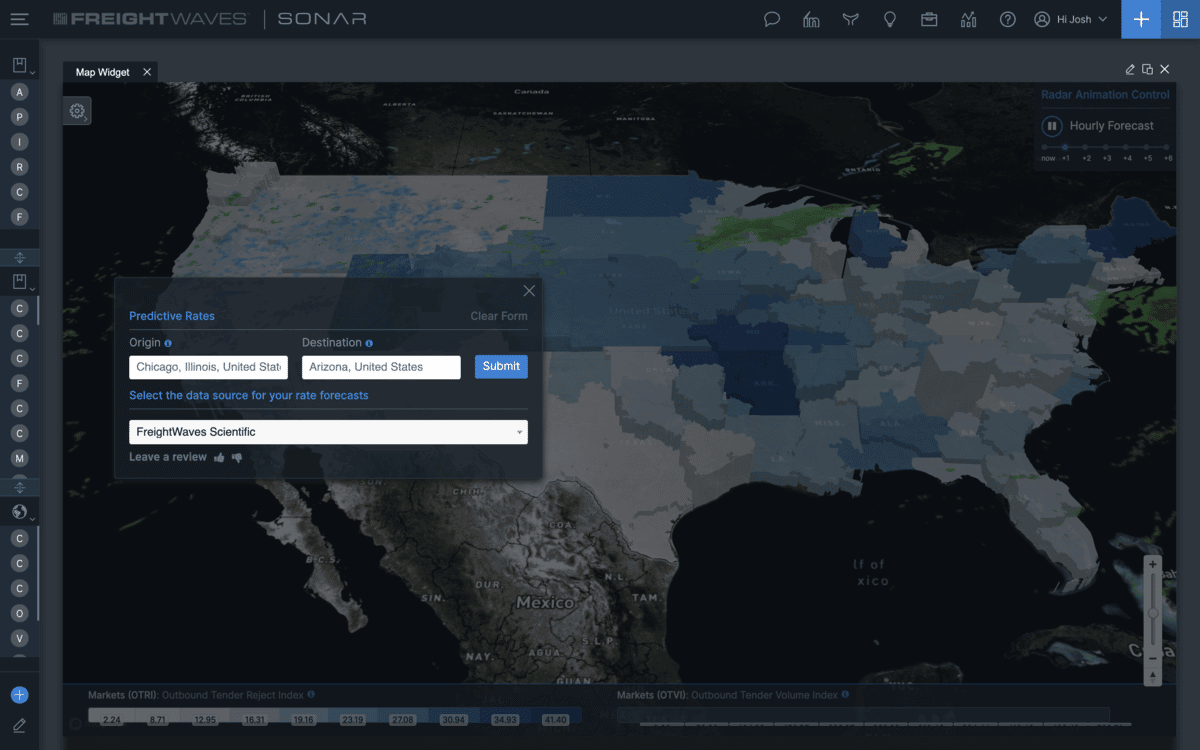 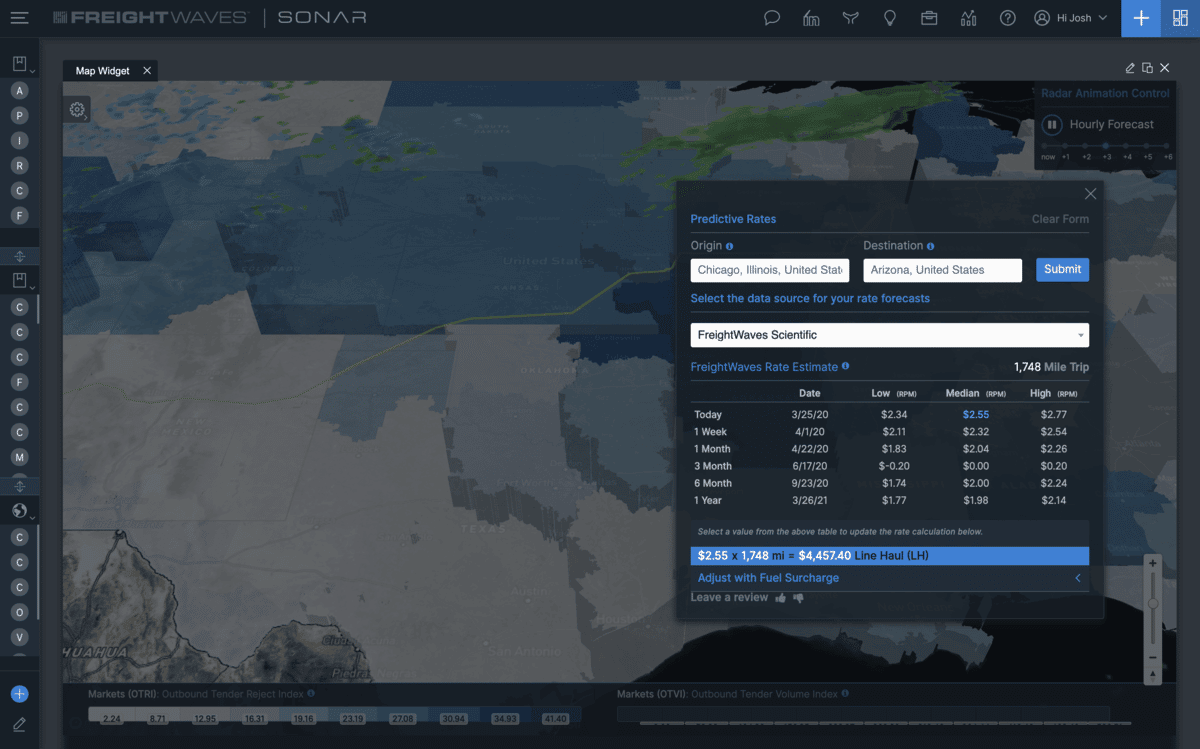 SONAR Predictive Rates will automatically calculate a range of future rates for your selected route up to a year. Users even have the option to adjust the line-haul calculation using a fuel surcharge.

SONAR tracks routing guide compliance by tracking tender rejections and other data to determine if routing guides are likely to break down in the near future. This data is then compiled and compared to other data sets, including over $200 billion of  financial and operational data from hundreds of carriers, brokers and shippers.

In every single market, a portion of the capacity is destination-agnostic. In other words, carriers don’t have a preference of destination for their trucks and are willing to take loads to anywhere. Once this discretionary capacity leaves the market, shippers could be willing to, or forced to, pay unexpectedly higher or lower rates for trucks.

Load board-driven freight data is heavily skewed and you see extreme changes in the load-to-truck ratios that do not truly represent the market. In order to truly understand market activity, you should look at actual loads that have been tendered and avoid using load board data alone.

What powers SONAR? Explore SONAR's Data or other SONAR Features.

Ready to become a freight forecaster?

Get access to the leading freight forecasting platform – fast.